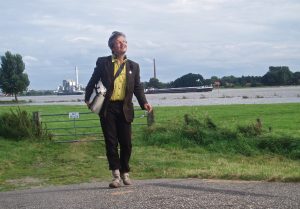 Born in Hamburg, Germany, I discovered photography around 1974 at the Gymnasium Uhlenhorst-Barmbek at the occasion of a darkroom-B&W volunteer course-work offering plenty of facilities, paper and time for experimenting. Most of the times my schoolmate Andreas Fecke and me had the room for ourselves. Later, in 1981, I received my first SLR-camera, the Minolta X700, continuing with B&W photography but soon enjoying landscape and nature/macro photography as part of my Landscape Architecture study in Osnabrück. During my Fulbright Grant study graduate study at the University of Washington in Seattle (1987-1989) I had my first encounter with the Leica M6 during a photo class. The teaching professor was an absolute Leica-fan and got me infected by the red-dot-virus. During the same time I received a vintage Leica IIIf from my then father-in-law Aubrey Wendling, a dedicated mountain climber and sociology professor at the San Diego State University. This moment can be considered the real beginning of my affection for this camera. 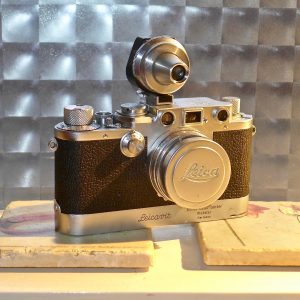 Again darkroom opportunities at the UW led to my first selfmade Leica prints. After my time in the US, I joined the European Environment Agency Task Force at the European Commssion in Brussels. Since 1995 I live and work as a environmental researcher in the Netherlands (www.susmetro.eu). In December 1996, I bought a second-hand Rolleiflex 2.8 GX in Hamburg which I mainly used – and still do – for shooting middel-format colour slides (6x6cm). In August 2009 I acquired a Leica M8.2, starting with a Elmarit M 2.8/28mm and soon a Summilux M 1.4/50mm (Foto Meister Hamburg-Eppendorf). In November 2016, at the end of a 6-years secondment to the Environmental Policy Centre of the Freie Universität Berlin,  I got hold of a second-hand Leica T (Foto Leistenschneider, Berlin-Steglitz) – the most stylish of all cameras on the market. I live with my wife Jeannette Veninga and my son Roman in Tilburg, North-Brabant.